Winning the Croc Pitch was a game-changing moment Darwin entrepreneur Keith Jury says he’s been waiting for his entire life.

The 44-year-old’s pitch about his solar-powered product business SolFlow was awarded the winning $100,000 prizemoney out of 34 companies pitching at the Darwin Innovation Hub on Tuesday night.

Mr Jury said the prize money would give him the capital he needed to gain access to overseas markets, and for further prototype development.

“SolFlow has created a new sector in the renewable energy industry called PV Direct which allows products to be run directly by solar panels, unlike solar systems that feed into the mains power,” he said.

“We’ve gone another route, which is highly more efficient.”

After a decade of trial and error, heartache and tears, he was able to develop an all-in-one swimming pool system run off a few solar panels.

“It’s a system that the world’s never really seen before,” Mr Jury said.

“It includes an in-built chlorinator and water sensing, along with automatic backwash and refilling which is all controlled by a handy app.”

He will now go on to pitch his idea at StartCon’s National Pitch Competition for a chance at a $1 million investment. 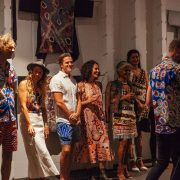 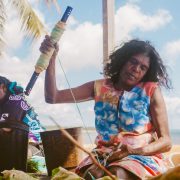 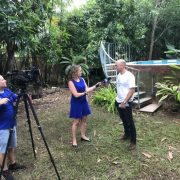