The Northern Territory is gearing up for a huge month as it prepares to blast a NASA rocket into space, marking the agency’s first launch from a commercial site.

The NT-based company, Equatorial Launch Australia (ELA), is set to send three rockets in June and July into sub-orbital space and this week is slated to welcome the NASA team into Australia who will take part in the mission.

If all goes well, ELA will also achieve the first commercial rocket launch from Australia, marking a major achievement in the nation’s space industry. Further, it will also pave the way for ongoing commercial capabilities.

“This week we welcome more than 70 NASA – National Aeronautics and Space Administration personnel who will travel from NASA Wallops Flight Facility to support our three upcoming rocket launches at our Arnhem Space Centre this month,” the company said in a statement on Monday.

“These will be the first NASA rocket launches from Australia since 1995, when launches were conducted from the Royal Australian Air Force Woomera Range Complex.”

The launch will be held at the Arnhem Space Centre, which is located on the Dhupuma Plateau near Nhulunbuy.

The mission will see the sub-orbital sounding rockets blast-off from the launchpad in Arnhem Land carrying scientific instruments into space as part of NASA’s Sounding Rockets Program.

The sounding rockets will conduct engineering tests and astrophysics research during their brief time in sub-orbital space – which will be between 5 to 20 minutes.

The contract was first announced in 2019, initially planning for lift-off in 2020 but was delayed due to pandemic-related restrictions.

Late last week, the company said it is “ramping up its capacity” so that over the next 18 months to two years, it will facilitate over 80 annual launches.

In October last year, the NT Labor government announced it was co-investing $5 million into the sounding rocket launch, alongside private investors including Paspalis Innovation Investment Fund, Blackfyre Holding, and a group of sophisticated investors coordinated by Greenwich Capital.

ELA’s Arnhem Space Centre has been praised for its advantageous location when it comes to launch, as it resides just 12 degrees from the equator. This allows launch vehicles to “leverage the earth’s rotation to gain extra velocity”, ELA says, meaning payload to fuel ratios will be far cheaper.

The launch facility will initially be equipped with three launch pads for sub-orbital launches and small orbital satellite vehicles.

Among other advantages such as sparse population and minimal air traffic making it a prime launch location, rockets will also be able to reach not only low-Earth orbit, but geosynchronous equatorial orbit, lunar orbit and deep space, ELA says.

The NT launchpad will become one of the only commercial sites in Australia, along with the Whalers Way facility in South Australia, which is on its way to approval, and the Gilmour Space Technologies Bowen Orbital Spaceport in Queensland, which is expected to facilitate commercial launches in the future.

According to the NT government, the Australian launch market is forecasted to be worth up to US$930 million over the next 10 years.

Paspalis invests in both Australian and Offshore high growth companies looking to grow their businesses in the Northern Territory.

Paspalis owns and operates the Darwin Innovation Hub which acts as an investment readiness incubator for companies seeking to commercialise their businesses in the Northern Territory. The Darwin Innovation Hub is able to provide mentoring and investment readiness support to your business through its role as an incubator and National Delivery Partner of the Commonwealth Entrepreneurs Program.

ELA became a client of the Entrepreneurs’ Program, receiving practical advice and mentorship from a dedicated team of facilitators.

In 2019 and 2021, Paspalis Investment Innovation Fund invested into the company, ELA. 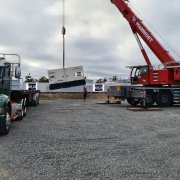 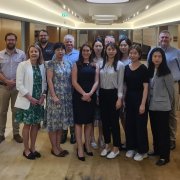 Want to work in the stars? Here are six future space jobs you could hold
Scroll to top