The Territory’s investment in growing its advanced manufacturing ecosystem has picked up pace, with the awarding of the first co-investment grant to a Territory-based manufacturer under the Northern Territory Advanced Manufacturing Ecosystem Fund (AMEF).

Corrosion Instruments is an advanced manufacturing company that designs, manufactures and sells world-leading cathodic protection, monitoring and measurement equipment. They won $150,000 investment prize money from Croc Pitch in 2019 which was the leg-up Sam Pattemore needed to turn his sole operator enterprise into a fully incorporated company.

The Equipment measures and monitors the performance of the cathodic protection system which protects critical assets such as gas and water pipelines, wharves, storage tanks and tunnels. They currently have products deployed across several such critical assets around Australia.

The co-investment will assist Corrosion Instruments in establishing a local testing, prototyping, and small-batch manufacturing facility to support the local manufacture and commercialisation of its next-generation products.

The facility, to be based in Palmerston, will be the only one of its type in the Territory and establish a capability that would have otherwise been outsourced interstate.

Corrosion Instruments currently has a team of three and will double its team as a result of the project, creating additional highly skilled jobs in the Territory for engineers, technicians and production staff.

As a result of the investment, the company forecasts local manufacture of ~2,000 units per annum, generating additional revenues of up to $4 million over the first five years of the program.

Corrosion Instruments expects to be able to grow its local customer base, while expanding its reach into international export markets, with a focus on gas and water security projects.

The Territory Labor Government announced the five-year $8.75 million partnership with the Advanced Manufacturing Growth Centre (AMGC) in 2021 to administer the AMEF.

AMEF will provide grants to industry-led advanced manufacturing projects located in the Northern Territory across the Territory’s priority sectors where those projects:

Every project funded under the AMEF requires at least two collaborators – those being a business, manufacturer, supplier, or researcher – with at least one of the entities being Territory based.

The intended outcomes of AMEF are to increase the capability and competitiveness of NT manufacturers through the implementation of new technologies, to increase productivity and create jobs.

Growing the Territory’s advanced manufacturing industry is a key part of our strategy to grow the economy to 40 billion by 2030 and create more jobs.

“Advanced manufacturing will be a major jobs driver of the future, and this new partnership will provide local manufacturers with the ability to turn their dreams into realities.

“Corrosion Instruments will play a major role in our natural resource sectors, as well as our future water projects.

“Right across our economy we are working closely with key partners to collaborate and build on our existing strengths and projects to capture more benefit along the value chain.

Our partnership with the AMGC and the funding available from the AMEF supports Territory based business and industry to grow our capability to realise more opportunities into the future.”

“Since the foundation of the partnership between AMGC and the Territory Government last year, we have already seen an uplift in engagement from local industry with a 500 percent increase in network membership and a growing pipeline of potential projects.”

“Following intensive industry engagement over the past six months, AMGC knows there is significant potential in the NT to develop new, highly-skilled and resilient jobs by leveraging the region’s vast natural resources, research talent, and manufacturing base to grow the Territories impact both locally and abroad.”

“Co-investment in Corrosion Instruments allows us to commit to developing a new, Territory-based capability and the skilled jobs that support it. Without this commitment from AMGC and the Territory Government, we would otherwise have sent the work interstate.”

“The ability to prototype, test and manufacture locally will allow us to expedite commercialisation of future projects, before moving to full-scale production and later export. This will grow opportunities for Corrosion Instruments and the Territory.” 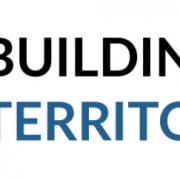 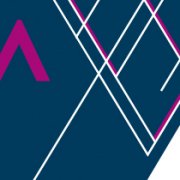 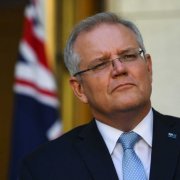 Summary of economic stimulus, assistance and support during the COVID-19 crisis Women In STEM And Entrepreneurship Grants Program Round 4