The second year of GovHack in the Northern Territory is over for 2018! Thank you to all sponsors, volunteers, participants and venues for such a huge effort.

2018 saw an increase in size, features and prizes for Northern Territory events of the GovHack national competition. For the first time, key event partner Desert Knowledge Australia hosted in Alice Springs, and Darwin added a Youth Node for students to their event.

Casuarina Secondary College year 10 students Imma Claire and Dominic Thompson won the Spirit of GovHack NT, for their attitude and commitment over the course of the weekend. Imma Claire and Dominic, along with their teacher and teammate Abi Mannion, will be travelling to Sydney for the coveted GovHack National Red Carpet Awards on the 10th of November.

A team of experts, which included representatives from Charles Darwin University, the Northern Territory Government and City of Darwin had the hard task of judging this years GovHack NT awards.

“The GovHack participants should be very proud of themselves and what they have achieved with both data and tech in such a short time,” said GovHack NT 2018 Director Shanon Loughton on the awards stage.

“There’s a natural connection between GovHack and Croc Pitch. We can be seen as startups too, but pitching to government instead, albeit very early stage!”

Amongst the top winners were: 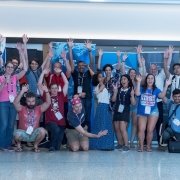 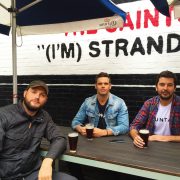 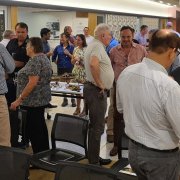