We are just less than a week away from the launch of Aliena’s systems to space! Aliena’s GEO engines will be brought to space on SpaceX’s Falcon 9 through the Transporter-3 mission as it launches from Cape Canaveral Space Force Station on the 13th January 2022.

Watch history in the making and records getting smashed as they deploy their engines on the smallest satellite to host such a propulsion system, and operationalize the lowest power Hall thruster in space then!

Hall thrusters – widely acknowledged as the propulsion systems of choice by large governmental satellites and commercial entities like SpaceX (every single one of SpaceX’s Starlink satellite carries a Hall thruster), have been largely accessible only to large corporates and organizations. The power consumption and form-factor of such systems make it technically unviable for operations on smaller satellites thus far, forcing entities to compromise on operational performance in space.

This launch and deployment of Aliena’s systems will revolutionize space operations through allowing for swarms of smaller satellites to execute unprecedented operations to deliver on the most challenging of mission requirements.

Aliena’s core-enabling technologies (novel Hall thrusters) feature unique design innovations that increases the physical lifetime of these thrusters, decrease operational nominal power of the engines, and allow for instant ignition of the system without requirement of external heating for warm-up or hot-standby cycles (a unique feature that only Aliena’s engines have).

Aliena is well positioned to take the technology further as they serve satellite operators and terrestrial businesses in the days ahead with their product offerings and services in unprecedented domains in space.

Countdown with us and watch the livestream of the launch with the link below! Truly a momentous occasion as they make history, break records, and enable new operations in space in the days ahead!

Check-in for updates regarding the schedule of the launch here. 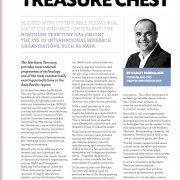 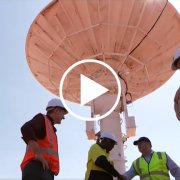