The Northern Territory prides itself on being a frontier, where people with a big vision can achieve a boundless possible.

The Territory has traditionally been focussed on tourism and agriculture, but increasingly, there is a small and exciting high-technology sector.

The world has discovered WFA – working from anywhere. No longer do businesses need to be run from big cities. Instead, employees are going to pick a lifestyle and climate that suits them. This means companies such as Spee3D, a 3D metal printing company, can run their research and development out of Darwin, as that is the climate and lifestyle that suits the company’s Chief Technology Officer.

There are reasons why companies congregate together. Silicon Valley became a technology hub due to several factors – a well-funded aerospace industry, a set of world class universities, such as Stanford and Caltech, and a venture capital industry. The Territory is not going to challenge Silicon Valley, but we can build our own ecosystem of businesses, teaching institutions and funding, and build our own vision.

What we have is a range of enviable features. We have a government whose departments are easy to access, and willing to help business. It is a lot easier to get something done when you can meet the decision makers, both informally or formally. And the institutions – university, government, business district – are all relatively close together.

But there are challenges in being in Darwin. The start-up and high technology sectors are relatively small, albeit growing rapidly. To foster innovation, we need to be a critical mass of companies working in proximity. It helps to see other companies succeeding, and to learn off them. Areas such as the Darwin Innovation Hub allow companies to share experiences, to network, and be trained together, using experienced trainers, such as the Australian Centre for Business Growth.

Two years ago, the Paspalis Innovation Investment Fund (PIIF) was formed. It has made investments into a range of technology companies – companies such as Spee3D, the new East Arnhem spaceport being developed by Equatorial Launch Australia, and new gaming company BetTube (all of which have been previously featured in Territory Q).

Having an investor in the Territory helps attract other investors, Federal government grants, and support from the Territory Government. All up, this has meant tens of millions of dollars of extra investment into Territory based companies. For every single dollar invested by PIIF, a further seven dollars come in from other sources.

We have all the ingredients here in the Territory to build an exciting technology sector – the right lifestyle to attract and retain skilled people, a strong university, the ability to hub like-minded technology companies to share ideas, and the money to help them grow and prosper.

Like the rockets planned for East Arnhem, the Territory’s technology community is ready to launch. 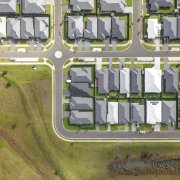 $53 Million to Unlock Infrastructure Jobs in the NT 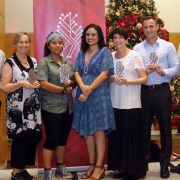 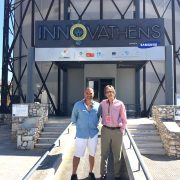